Before joining Wall Colmonoy, Bill graduated with a Bachelor of Science (B.S.) from Villanova University in 1967, and commissioned a 2nd Lieutenant, United States Marine Corps (USMC), serving a year in Vietnam in 1969 as a pilot in the UH-1E Helicopter Gunship. Following Vietnam service, Bill was stationed as a flight instructor at Saufley Field, Pensacola, Florida. Nick Clark joined Wall Colmonoy in March 2012 as a Process Engineer in Wall Colmonoy Limited (UK), later rising to Deputy Managing Director. In October 2014, he returned to the U.S. as a Director and assumed responsibility for the Alloy Products and Aerobraze Engineered Technologies – Cincinnati business units, and later the Finance and Accounting functions.

Prior to joining Wall Colmonoy, Nick spent two years as an Aerospace Research Analyst on Wall Street. Nick has a bachelor’s degree in Industrial and Operations Engineering from the University of Michigan and an MBA from Columbia Business School with a concentration in Finance and Operations Management.

After obtaining his undergraduate degree, Nick spent four years as a USMC Captain serving two tours in Iraq as an Air Intelligence Officer for the Air Wing. 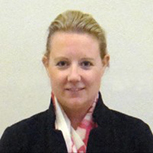 Ann is accountable for leading the brand’s strategic vision and goals through an integrated global marketing plan that is aligned with the business’ strategic vision. Her keen knowledge and extensive background in Marketing allows her to support a strategic marketing mindset and culture across all business segments and global operations. She is constantly exploring, assessing and proposing development opportunities to achieve the business’s ambitions.

Ann has made a significant impact on rebranding the company through a new logo, website upgrades, tradeshow booth design, and travelling internationally to support the sales team, our distributors, and customers.

Ann, with a Business Degree in Marketing from Villanova University, worked in the marketing field for 14 years before joining Wall Colmonoy. 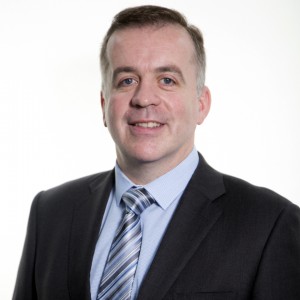 Robert Davies joined Wall Colmonoy Limited in March 2015, bringing with him 14 years’ experience in strategic, operational and engineering management. He has worked predominantly in the automotive industry with over 5 years P&L responsible as a Plant Manager. His experience covers assembly, precision machining and extrusion processes for safety critical steering systems, engine and seating components.

Rob’s strategy for UK Operations is focused on continuous improvement and profitable growth. Through leadership and coaching, Rob is driving further improvement within a very well established and capable workforce. He will oversee all company operations to deliver excellent product quality through measured process efficiency, whilst maintaining a safe working culture.

Robert states, “I am delighted with the opportunity to develop and grow Wall Colmony’s manufacturing portfolio. There are fantastic opportunities with new technology and the fine tuning of an already extensive range of world class processes. I am very excited about leading the operations to new ground and even greater success”.

Commencing his career as a toolmaking apprentice, Robert graduated with a BSc in Mechanical & Manufacturing Engineering from the University of Glamorgan. Robert is a certified Six Sigma Black Belt, a change agent with a proven track record of implementing Lean manufacturing processes. Ed joined Wall Colmonoy Corporation in January 2017, having spent his career in the industrial segment with leadership roles in Sales & Marketing and General Management.

In the last 13 years, Ed was President of the PCS Company, a manufacturer and distributor of products within the Plastics Industry. He is directly responsible for the Finance, Purchasing and IT departments.

Ed works closely with the business leaders of Wall Colmonoy Corporation domestic divisions to drive profitable growth through the ongoing development and refinement of their respective business strategies and tactical programs.

Ed has a bachelor’s degree in Mining Engineering from Pennsylvania State University and an MBA in Finance from the University of Pittsburgh. Ed has also received Lean Six Sigma Green Belt Certification from Oakland University.